Who Began the Halloween Tradition:  Before 1000 AD, the Celts celebrated the end of the harvest and the start of the long winter ahead with a festival called Samhain.  This festival was held on October 31 which is the day the Celts believed the boundary between the living and dead was at it’s weakest.  They believed that spirits from the underworld and ghosts of dead people could harm the living or take them back to underworld.  To ensure their safety people stayed home on the night of October 31 or if they had to go out, they started dressing up a spirits and ghosts in the hopes of confusing these other worldly spirits.

Other traditions developed to go with All Halloweds Eve “Halloween”. 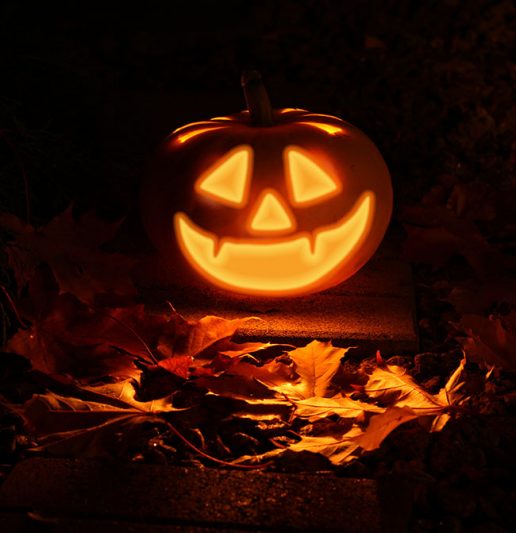 Turnip Carving: began in Ireland with the legend of Stingy Jack trying to play tricks on the devil. When Jack died, God wouldn’t allow him in heaven and the Devil wouldn’t allow him in hell – instead he was banished to live in eternal night.  The Devil’s punishment was to give Jack an ember to light his way.  Legend claims Jack placed the ember in a hollowed-out turnip.  This legend began the tradition of hollowing out and carving scary faces on the turnips and placing a candle within to ward off the evil spirits.

Pumpkin Carving:  Halloween traditions were brought to Canada by Irish and Scottish immigrants in the early 1800’s.  They discovered pumpkins were easier to carve than turnips and the tradition of carving the Halloween Pumpkin “Jack O Lantern”  began.

Trick or Treating: originated about 1,000 AD, when Christianity spread to the Celtic lands and the church decided to take over the pagan ceremonies and morph them to their own “All Souls Day”.    On the day designated to honour the dead, the poor visited the houses of the wealthy and received “soul” cakes.  In exchange for the cakes, the poor would pray for the homeowner’s deceased relatives.

The Celtic tradition of dressing up to ward off evil spirits were combined with the Christian, Day of the Dead, celebrations to bring about the modern times dressing up for Halloween and going trick or treating for candy.  Did you know that Canadians spent more than $400 million on candy products for Halloween in 2018?

Check out these links for some Easy Do It Yourself Kid’s Costumes ,  Fun Halloween Inspired Games, and Easy Hand Made Halloween Decor 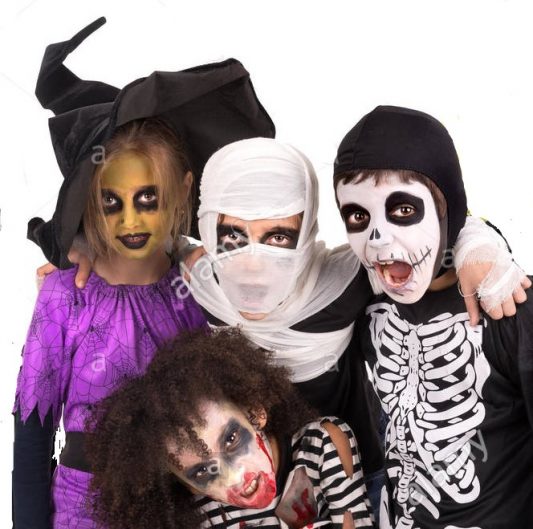 HAVE A SAFE AND VERY HAPPY HALLOWEEN EVERYONE!

"We are very pleased with our Dreamscape #4 Jungle Gym.  It was delivered promptly and the installation crew did an excellent job working with us to find the right spot.  We were not present for the installation so they sent pictures and adjusted until we were satisfied.  Excellent communication and…"